Composer, Keyboards and All That Jazz…

John Patrick has been one of the UK’s top professional musicians for over five decades. Probably best known as an accomplished jazz keyboard player and leader of one of the UK’s premier rhythm sections, he is also a renowned composer and music director with a massive breadth of musical experience ranging from running his own Big Band to directing Film, TV and Recording Sessions and conducting the London Philharmonic Orchestra at the Royal Albert Hall for the prestigious industry charity concert Film harmonic in aid of the Cinema & Television Benevolent Fund.
In fact, John is one of the few people who can claim to be a truly ‘all round’ musician. He is a prolific writer of original jazz compositions and his work as a music producer has included Big Band specials for many Independent Local Radio stations. He also composes themes, incidental and background music for Radio & TV drama and light entertainment programmes. One of his most successful compositions for television is the theme music for the hit TV game show ‘Bullseye’. The show, devised in 1980, has been on TV for 31 years. One show had a staggering 19.8 million viewers. Bullseye, already having archived ‘cult‘ status is now described by the British press and media as an Iconic show of British Television.

John was one of the first and eventually longest serving musicians working in commercial television. From his original break on the ITV show Lunchbox in the early 1960s he was music director on many groundbreaking light entertainment shows such as the BBC’s Dee Time and ITV’s The Golden Shot, New Faces and TISWAS. This lead to his appointment as Head of Music for Central Television in 1983, a position he held for 11 years. 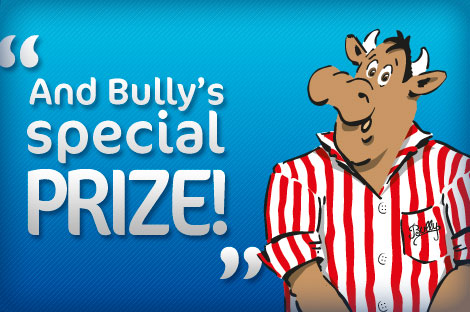 Also in the 1970s he became a central figure in the growth of Independent Local Radio (ILR) and is particularly remembered for his work with Birmingham’s ILR station (BRMB), and also serving as a Board Member for many years.

He continued as Chairman of the National Executive Committee of the British Musicians’ Union for an unprecedented 32 years, finally stepping down in 2001. During this time, he travelled extensively to represent the BMU across the globe. He built up contacts with senior executives throughout the entertainment world in the broadcasting, recording, theatre and film industries and was a long-standing member of the Executive Committee of the International Federation of Musicians.

A champion of the rights of British musicians for over 31 years, he has developed a substantial knowledge of the complex field of rights issues, particularly those for performers. As one of the Performing Artists’ Media Rights Association (PAMRA) founder-directors John provided to that organisation, during it’s formative period, a unique and valued perspective in the area of performers’ rights and, at present, is Vice-Chairman of the Board.

To this day, John remains busier in partial retirement than most people are in full time employment!

He is a member of the Royal Society of Musicians and also an Honorary Member of Los Angeles Local 47 of the American Federation of Musicians. He appeared at the Kemah Jazz Festival, Houston, Texas in 2002, 2003 and 2004, and has accepted an invitation to return in 2005.

As well as being one of the UK’s most sought after musicians, John is also one of the UK’s most in demand musical exports and is a regular performer at international jazz festivals. In addition to heading the John Patrick Big Band he runs a regular jazz trio, which has accompanied some of the biggest names in international music, including Ben Webster, Art Farmer, Bobby Shew, Zoot Sims, Gerry Mulligan, Eddie ‘Lockjaw’ Davis, Sonny Stitt, Nat Adderley, Johnny Griffin, John Dankworth, Cleo Laine, Scott Hamilton, Carl Fontana, Bill Watrous, Ken Peplowski, Harry ‘Sweets’ Edison, James Moody, and Mundell Lowe to name but a few!!!

He remains a strong supporter of the British jazz scene in a practical way through his membership of several jazz organisations including the Birmingham Festival Committee and the jury for the BBC Radio 2 Big Band Competition. He retains a long-standing passion and commitment to the development of jazz for young people, is a former Board Member of the European Jazz Youth Orchestra, and Jazz Services, and regularly conducts Big Band Master classes.

In addition to his musical links, John was a Magistrate in Birmingham for 24 years and sat as a Judge in the Birmingham Crown Court until his retirement at the age of 72 in October 2003.

He is an active supporter of environmental groups including the National Trust, English Heritage, the International Fund for Animal Welfare, the World Wildlife Fund and the Royal Society for the Prevention of Cruelty to Animals (RSPCA).

Birmingham born, John has lived in the Midlands all his life. He is a devoted fan of his local soccer team West Bromwich Albion and also enjoys chess, films and – naturally – music.